Notes : Ruggnar is in Alpha Stage and in active developpement, almost all core mechanics are presents.

This game is playable on Windows, Mac OS, and Linux, using the keyboard or a game pad.

Ruggnar is a platformer set in gloomy places, with nothing but candles to light the way.

Ruggnar, the dwarf, left behind his former life as a miner to explore lost castles, looking for hidden treasures.

He took with him only one item: candles.
They are his most valuable tool and prove useful in a variety of ways:

Throwing: Light up the way ahead, but don't forget to go pick them up!

Puzzles: use your candle to solve some puzzles

Ruggnar is an experienced dwarf, and his time in the dark mines taught him different ways to handle dangerous areas. Which way do you wish to explore?

Take your time exploring and find every treasure?

Or would you rather speedrun your way to the end?

Maybe you want to speedrun AND collect all of the treasure?

Or, maybe for an extra challenge, don't use a single candle!

Ruggnar also stumbled upon an ever-changing castle. He swears that every time he approaches it, the castle changes, having different amounts of treasures and different placements of hazards.

Do you think you're worthy to take on this Procedurally Generated Castle? If so, enter and use the code given, type one in yourself, or generate a completely new one.
Keep the code for yourself to retry it later, or share it to see how others fare.


This game already has:

Daily Challenge based on ProcGen levels!

Procedurally Generated Mode : a new Level every time you enter

A shop to trade your gold coins for special treats

The Lair : see your collected treasure, and change your outfit

Things planned for the future:

At least 20 hand made levels!

I'm sorry, this is misleading. I'll update it asap

That's great to hear! Is there some other site you use for updates in general? Maybe you could make something that autoports updates to itch?

For now, itch is the only place the game can be found.
I update the game on a monthly basis (using butler, such a great tool !!)
As english is not my primary language (I'm french), I'm not confident and I always postpone the next devlog.

Now I have so much new things to tell, I'm a little scared, but as being confined, I should find time for a proper devlog

Hello, when I try to activate my groupees itch key, it just redirects to this page instead of linking to my account. How do i fix this?

Hi, sorry for the inconvenience.

Could you send me your groupees key by email  : support@ruggnar.com

I'll investigate and give you a solution

Great game. Maybe one of the best exclusive to itch.io. I found an issue with level 5 I can jump and get wedged into the gargoyle then stuck until I restart the game.

Thank you for everything !!

Your message sounds great to my hears !!

edit : thank you, I've spotted the issue, and modified the level (will come with next update)

I would gladly purchase Ruggnar.

it appears that you don't accept payments via Paypal

I like the character and the intentional darkness in combination with the torch mechanic. I guess the menu UI / Map is still a placeholder, but aside from that it already has a solid graphics style. The only things that bothered me was that you lose all coins on death and you can't use the same savegame candle to save your coin progress again. I would rather not loose coin progress when dying, because the darkness and amount of traps already makes it challenging enough to reach the end of the level.

Yes map and UI are placeholder. I'm still figuring how to make it nice.

The progression is reseted because of the keys used to open doors. I can think of another way to handle coins/keys.

I understand your idea, I'll do some test and choose the best way to handle it

Really nice game. I love the art but I´m the worst on speed running :)

Thank you, the first players made some really great times, that's true !

Such a wonderful concept - I really love these first few levels!

Thank you very much :) I'll do my best to add more content on a weekly basis

Love the concept and pixel art.

Thank you very much !

I can't wait to see more dark levels. :) I've had fun playing. Okey, and I also died quite a bit. It's like a trademark.
https://youtu.be/OP94AMV_byA 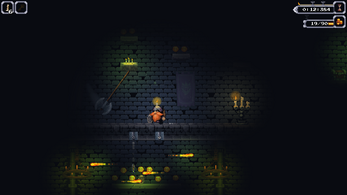 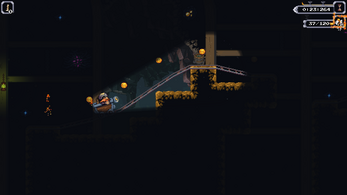 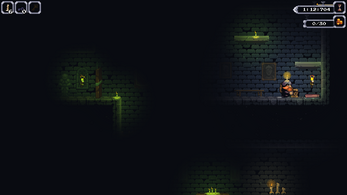 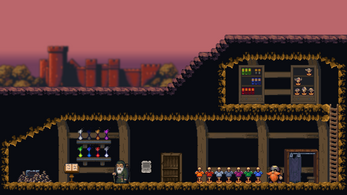 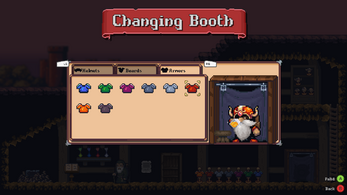